Stuff we wrote about

There are many stories and rumours around how tricky brisket is to make. I think it’s fair to emphasise the rumour part, as this cut is mostly made by ‘Muricans, and lord knows they can make something straightforward seem very complicated. Think environmental policy, immigration policy, etc. But I digress.

I’ve never seen brisket at shops before, but it might also be because I haven’t really been actively looking for it. Perchance I saw some at Boma Butchery in Moreleta Park, so decided to take a swing at it. If you follow some of the American BBQ pages, you would have seen the gargantuan pieces of brisket they smoke – anything up to about 10kg. For my first one, I went a lot smaller; 1,08kg. Besides, it was my first try, so not much damage if I fuck it up.

Obviously, I used the Pit Barrel Cooker for this because that’s what it’s for. (If you haven’t seen the PBC before, check it out here and here.) The recipe is really very easy, but take note that temperature is the key here. If you don’t have a probe-type thermometer, invest in one; there’s a few on the market with different functions, so it doesn’t have to cost a fortune (ignore the marks on mine; hot oil splattered on it…).

Preparing the brisket is very easy. Rub with some olive oil, and cover with your favourite spice mix/rub. For dishes like this, I prefer Robertson Spice’s Brazilian Smokehouse rub, because it works very well with the smoke from the PBC. 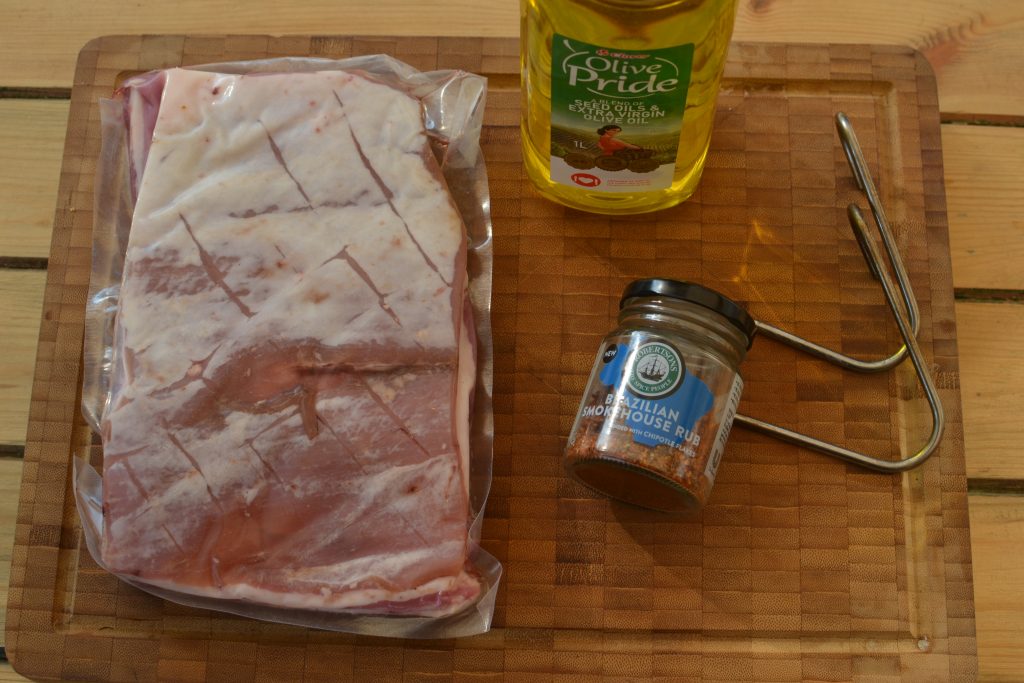 On the PBC website, they use two hooks, but that’s mostly to make sure bigger pieces don’t tear loose. With a small one like mine, one hook would’ve been fine. But I used two. Like an asshole.

With the brisket hanged and the probe in, the waiting game started. 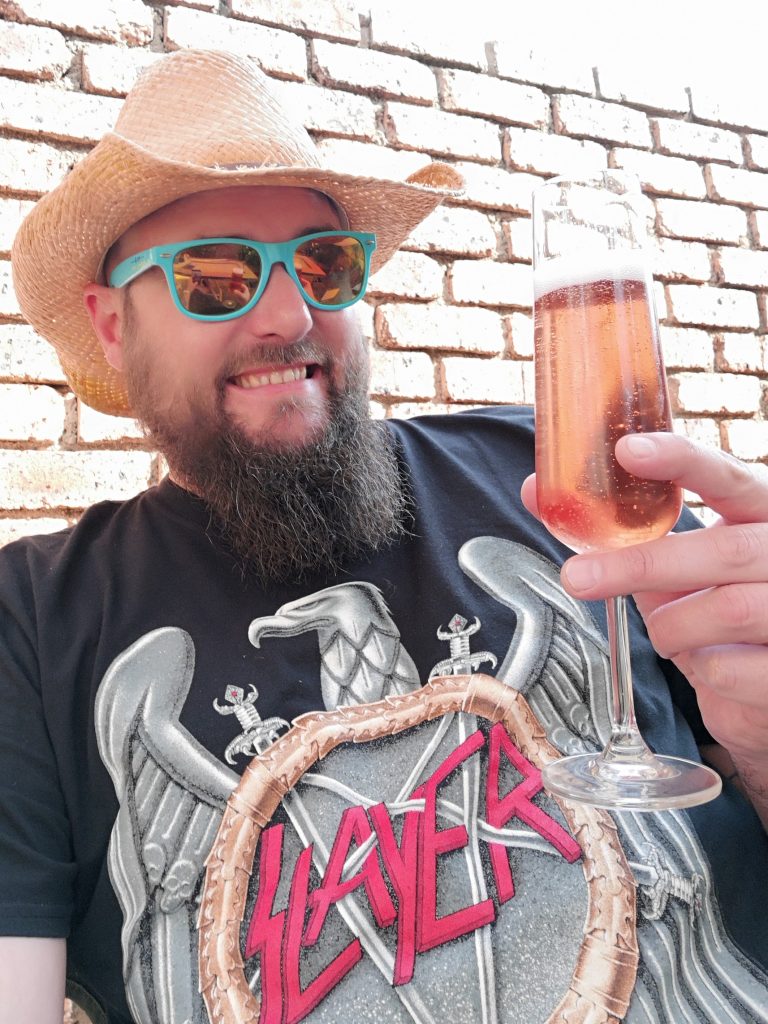 The magic temperature I was looking for was 80°C. This took about 2 hours to get to. 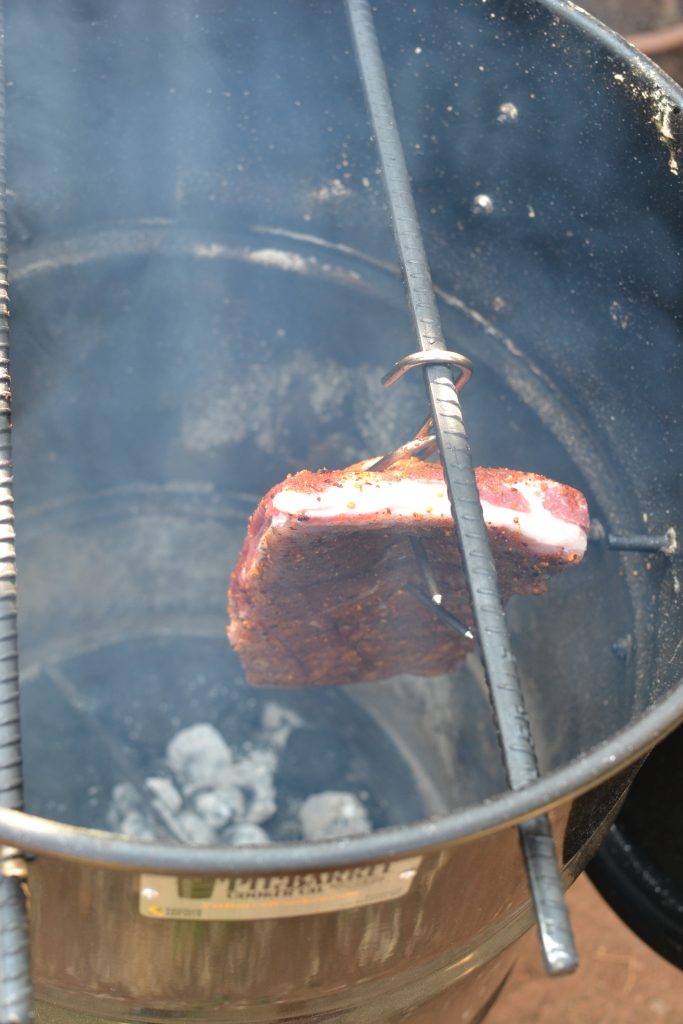 Once at 80°C, transfer the brisket to a piece of foil and fold a makeshift bowl around the brisket. Next, you’re going to pour over half a cup of cooking liquid; this can be beef broth, beer, pretty much whatever you want. I went for Devil’s Peak King’s Blockhouse IPA because it’s the best local beer you can get your hands on. Wrap with a second piece of foil, and put on the PBC grid. Close the lid, and let it sit for about an hour. 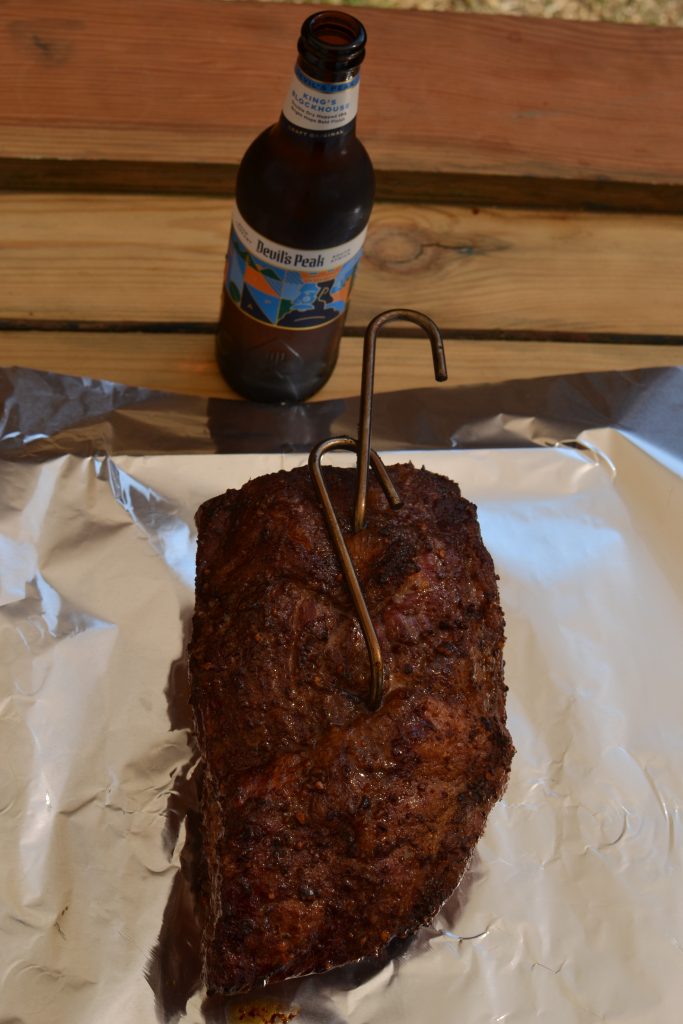 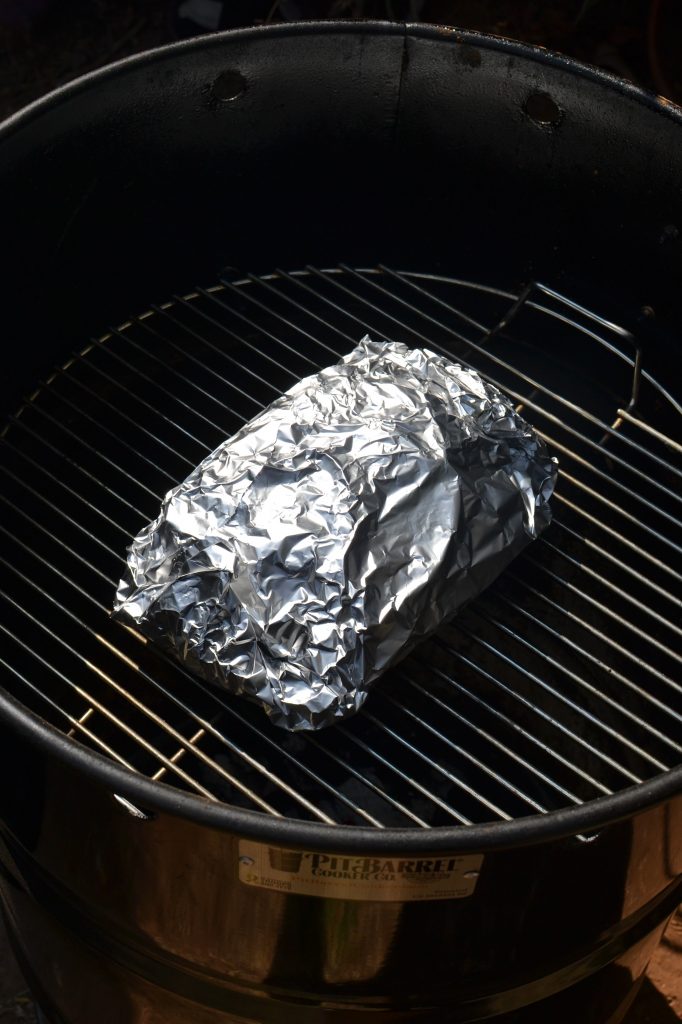 Once done – this is going to sound a bit strange, but it works – wrap the foil parcel in a beach towel, and put it in a cooler box. The brisket needs to rest for at least one hour, so this trick will keep it nice and warm.

While waiting, I put a few chicken wings in the PBC for 45 minutes, flipping halfway. Being in the mood for hot wings, I melted some butter, added smoked paprika, and some Banhoek chilli oil. The amount you add is up to you – just taste as you add to make sure it doesn’t burn a hole through your, um, elbow. Toss the wings through it, and you’re ready!

The brisket was melt-in-your-mouth tender, and the wings packed just the right amount of punch. 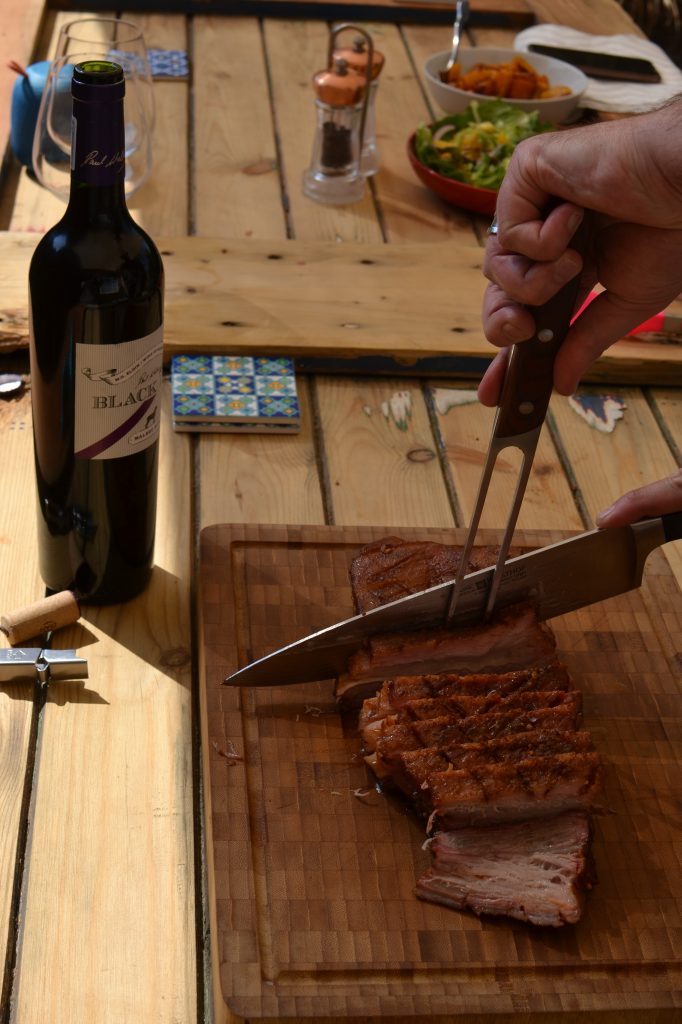 To wash it down, we had some of Paul Wallace’s magnificent Black Dog Malbec. The smokiness of the meat works perfectly with the fruit flavours, adding another dimension to the wine. And just an FYI; if you need a wine for a braai, you can’t go wrong with Malbec – particularly this one.

There you have it. It’s a lot of waiting around, but oh so worth it. Another final tip – if you ask your butcher for a piece, make sure as much of the fat is trimmed away. If you want to cook it low ‘n slow, the fat won’t render, so will be a mushy mess. The piece I got at Boma was perfectly trimmed, and the thin layer of fat was perfectly soft without being too much to handle.

We are huge fans of Paul Wallace Wines, BoozyFoodie wrote this piece about our tasting experience a couple of months ago:  https://boozyfoodie.co.za/tasting-paul-wallace-wines/

Other stuff we wrote about